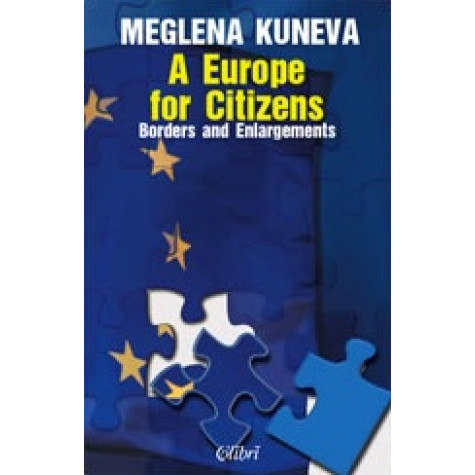 A Europe for Citizens

A Europe for Citizens, is an attempt to analyse Bulgaria’s road to EU accession. It exams the changes imposed during the process of negotiations in each country wishing to become a member of the European family. This valuable experience is shared with us by Meglena Kuneva, the former European Minister of Bulgaria. Ms. Kuneva conducted the entire process of negotiations and co-ordinated the work of the institutions and the public sector in such a way that Bulgaria successfully joined the EU on January 1, 2007, the date set by the European Commission.

The book describes in detail the most outstanding and difficult points in the negotiations: how they were overcome; what reforms had to be carried out in Bulgaria and what the cost of these reforms was. This book is of interest not only to Bulgarian citizens since it explains many of the subjects which during the time of the negotiations were referred to as chapters, requirements, and monitoring reports.

There are two other groups which might find the book useful. The citizens of the members states will read with interest the similarities between the old and new member states. M. Kuneva’s book successfully breaks down the borders between the old and the new members bringing the new member countries closer. She explains what it means for a country, which for decades lived under a totalitarian model of existence, to uphold democracy, to show a will for reforms and choose a path of normalization and voluntary membership of the European community. Another group of readers who might find the book useful are the citizens of those countries which are still to cover this road. Those who are expecting the Sixth Enlargement. Bulgarian experience will be useful for them.

The book is not entirely retrospective. It was written when Meglena Kuneva was already a member of the European Commission and she was actively involved in European policy making. She thus deals with major European debates, for example: Europe’s economic and social model; EU USA relations; future enlargements and the borders of the EU; the Lisbon Treaty and the prospects it opens up to Europeans. The book also touches upon such topics as what it means to be a European citizen and how culture and education may change the future of Europe.

Another prominent subject is how a new member can take an active part in European debates and what Bulgaria in particular can contribute to the many faceted cohesion of the Union.

Finally the book is most valuable in that it does not shirk from stating an opinion and is strongly committed and open to the civil topics. M. Kuneva is a politician devoted to involving the citizens in the building of the world in which we are living and want to live.