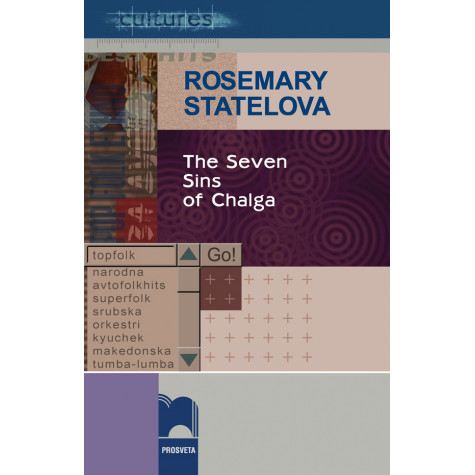 The Seven Sins of Chalga. Toward an Anthropology of Ethnopop Music

Professor Rosemary Statelova is the head of the Eihnomusicology Division of the Institute for Art Studies in the Bulgarian Academy of Sciences. She is the author of the books Panka Peiishek (1970), Song as a Weapon (1976), Pop Music (1983, co-authored with C. Chendov), The Inverted Pyramid (1993), Experienced in Bulgaria: Pop, Rock and Folk 1990 – 1994 (1995), The Summer of Bulgarian Culture (1996), Studies in Pop Music (1999), as well as numerous studies and articles addressing the problems of music and popular culture.

In this unique study, Rosemary Statelova examines chalga, a Bulgarian popular music phenomenon that burst into popularity in the 1990s after the fall of the Bulgarian communist regime in 1989, as a prism through which to view contemporary Bulgarian culture and Bulgarian identity, especially vis-a-vis its Ottoman past and its European future. In her analysis of chalga as a social phenomenon that raises complex questions about ethnicity, the culture industry, and artistic merit, Statelova „samples” voices from many different strata of Bulgarian society, creating a dialogical „dance mix” from the discourses surrounding this musical genre. While the first half of the book addresses the historical development of the genre and the discussions surrounding it and introduces a number of contemporary theoretical approaches to chalga, the second half focuses on three Bulgarian ethnopop musicians, whose personal histories illustrate the complexity of the current Bulgarian pop music landscape.